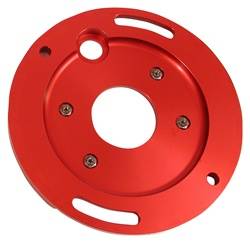 Below is an abbreviated list of applications for the Total Loss Trigger Pickup Plate.